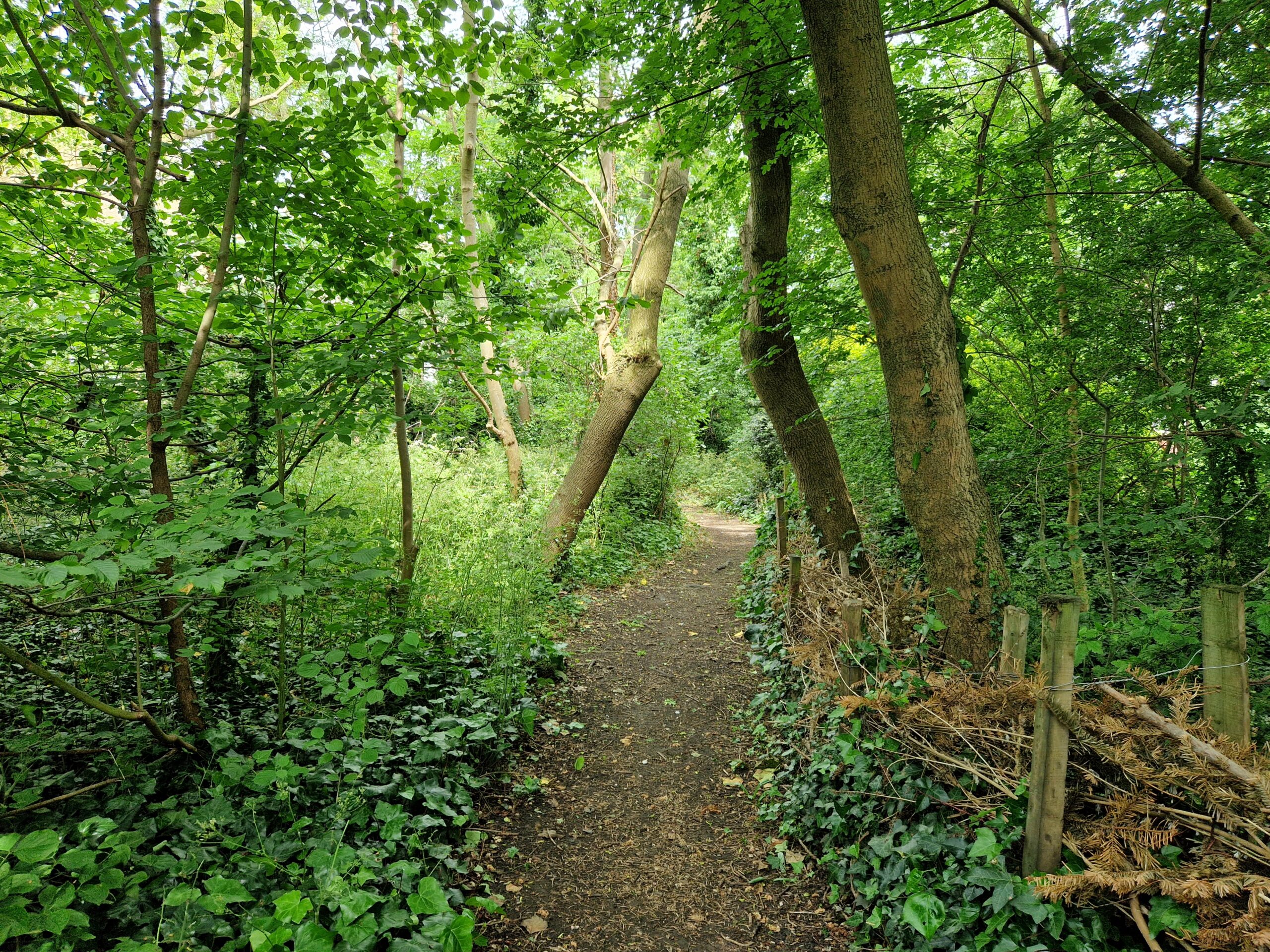 If you happen to find yourself in Barnsbury on a Tuesday afternoon, then I can recommend a visit to London’s smallest nature reserve. This is Barnsbury Wood and it has equally small opening hours; just 2-4pm on Tuesday afternoons (although slightly longer in the month of August).

George built himself a house here. You can see it today as 7 Huntingdon Street. George was the MP for Huntingdon so named the road after his constituency.  The house is notably wider than the neighbours and is the only one on the street with a bay of three windows instead of the usual two. George also built himself a secret garden at the back.

Each of the houses on Huntingdon Street has the garden of a normal terrace house; that is long and narrow just as you’d find on any terraced street. The houses along the next street, Hemingford Road, are exactly the same. The difference lies in gardens at Thornhill Crescent. This street is curved with each house having a similar long and narrow garden behind the curving houses. This arrangement of a curving street taking a bite out of a square means that there’s a void in the centre of a roughly triangular shape. George took this triangle as his own secret garden.

The Thornhill Family kept an interest in the area right up to the middle of the twentieth century although they had moved out of the Huntingdon Street property more than fifty years before. The nearby Thornhill Square Gardens were given to Islington Council and opened to the public in 1949. The planting was redesigned for the coronation of Queen Elizabeth II. Here at George’s secret garden the space lay fallow and it wasn’t until the 1970’s that Islington Council purchased the land for redevelopment. Those plans fell through due to the awkward shape and access issues of the site.

In the end the council came up with a better idea, demolish numbers 1 and 2 Crescent Street to give main road access, and open the garden as a nature reserve. The trees that George planted in the 19th century were now fully mature and sitting alongside other species that have self-seeded. Being left fallow for over seventy years, local wildlife took up the space as home and multiplied.

Today the site has fully mature ash, horse chestnut and London plane trees. Stag beetle, common toad and sixteen-spot ladybird are reported to live here although I’m yet to see any of those myself. There is seating of a sort on chopped tree trunks and many local children will visit as part of school outings. At just 0.35 hectares it is London’s smallest nature reserve but you may find it very surprising to learn that it is Islington’s largest woodland.