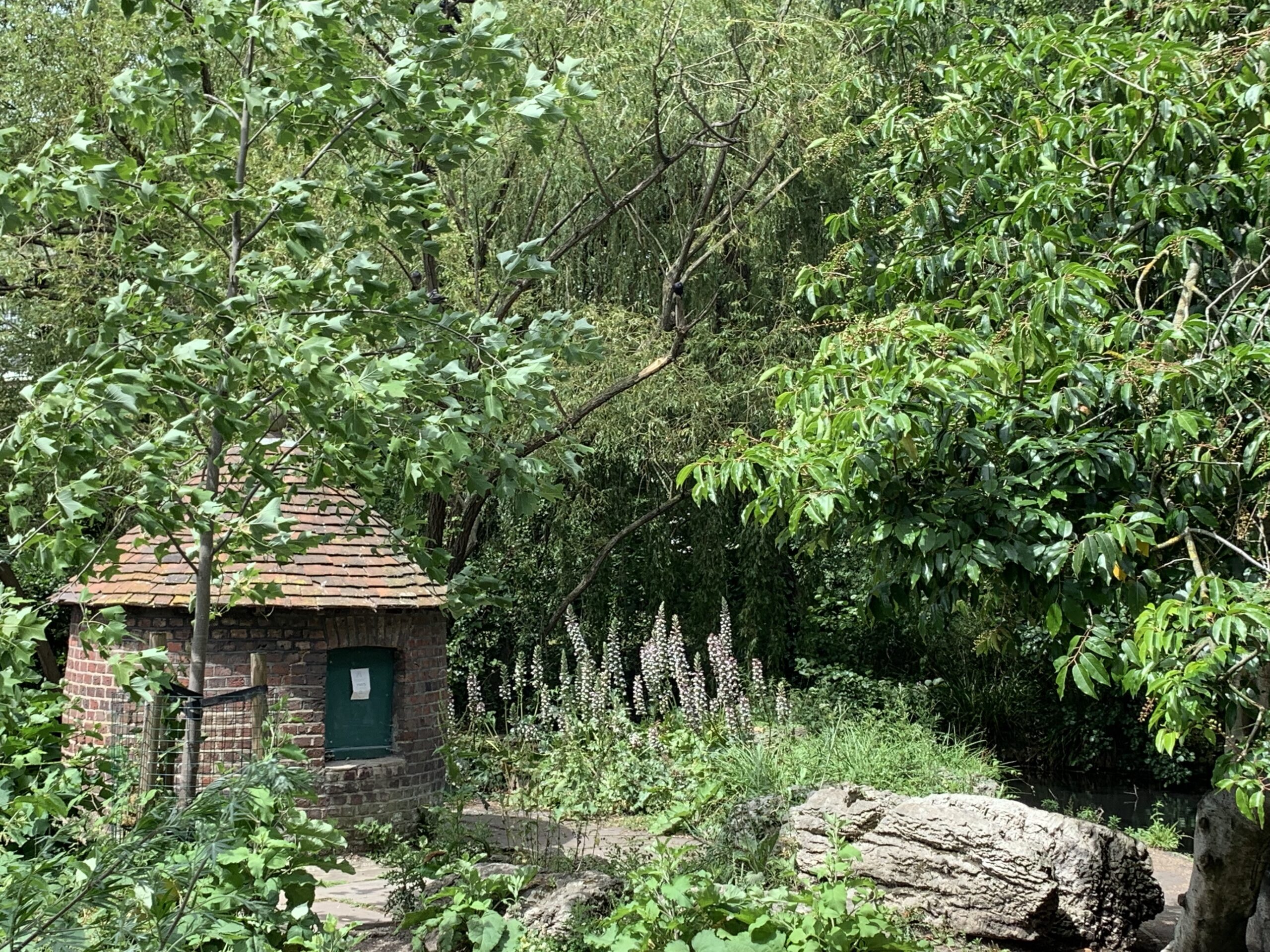 For many centuries Islington’s abundant natural water sources played an important part in its history. From medieval times, drovers taking livestock to Smithfield market stopped in the Islington countryside to feed and water their animals. By the Tudor age Islington was known as ‘Cowtown’ because its rich pasture was ideal for dairy farming and pleasure-seekers were coming out from London to shoot ducks on the many ponds or take the waters at Mr Sadler’s famous well.

Three important waterways run through Islington, The River Fleet, the New River and the Regent’s Canal. All have left their mark to this day and visiting them provides a different perspective on Islington, and London’s rich history.

If you go looking for the River Fleet you’ll struggle to find much evidence of one of London’s largest vanished rivers. It’s now a sewer maintained by Thames Water and today is only visible on Hampstead Heath where the river rises up and fills two of the ponds. However, there are still a few spots in Islington and Clerkenwell to see intriguing traces of this famous ‘lost river’.

In the 13th century the Fleet was known as the ‘river of wells’ and stretched 91 metres across where it joined the Thames at the end of Farringdon Road. The plentiful clean water wells along the river’s banks included the Clerks’ Well which gave the area its name. In the 12th century the Monastic Order of the Knights Hospitallers of St John of Jerusalem established their English headquarters in the area to take advantage of the many fresh water springs as did St Mary’s Nunnery nearby. Following the Great Fire of London in 1666, Christopher Wren widened the river as part of the city rebuilding project. Inspired by the Grand Canal in Venice, he designed new stone embankments and four decorative bridges – at Bridewell, Fleet Street, Fleet Lane, and Holborn – all high enough to allow the passing of large barges. By 1820 the river had been covered and Farringdon Street built over it. Some traces still remain visible… if you know where to look.

The Clerk’s Well, 14-16 Farringdon Lane, EC1R 3AU  The well that gave the area its name is still visible through a window at Well Court. If you’d like to see it up close, come on our Medieval Monasteries walk, where we go inside to take a peek.

The Coach, 26-28 Ray Street, EC1R 3DJ The food and drink at the pub are also worth the visit but stand over the grating in the pavement outside the pub and you can still hear the Fleet burbling beneath your feet.  https://thecoachclerkenwell.co.uk/

Evocative street names  Street names off Farringdon Road hint at what a verdant area this was in the 15th century when the Fleet provided water for crops on Vine Hill and Herbal Hill. Crocuses were grown on Saffron Hill, an outpost of the Bishop of Ely’s diocese, the proceeds of the highly prized saffron harvest enriching the bishopric. At Cowcross Street a bridge was built over the Fleet as a river crossing for livestock and along Farringdon Road, Turnagain Lane indicates where barges turned around to sail back out to the Thames. Old Seacoal Lane is also a reminder that coal was unloaded from the Thames and transported along the Fleet while Turnmill Street takes its name from the various watermills built along the riverbanks.

Smithfield Market, Grand Avenue, EC1A 9PS The Fleet’s proximity to Smithfield Market meant it wasn’t long before it became polluted with waste from the slaughterhouses and tanneries. In 1736 the Gentleman’s Magazine reported that a missing boar was found in a ditch having wandered the sewer for five months, and to the delight of its owner had gained so much weight that its value had risen from ten shillings to two guineas!

Fagin’s Den In the 18th century the area around Saffron Hill and the Fleet suffered from acute poverty. Slums of closely packed buildings, known as a ‘rookeries’, were riddled with disease, gin addiction and prostitution, inspiring Charles Dickens to set Fagin’s Den in Oliver Twist here.

You can walk the route that the New River once took as it entered Islington near Canonbury Station all the way to a viewing platform overlooking New River Head where the river used to terminate and from which you can see the 18th-century engine house that used to pump water to the Claremont Square reservoir.

The New River has supplied water to London since 1613. Nearly 40 miles of channel were dug by hand in little over four years to bring a water supply from Hertfordshire to the capital.

This man-made river terminated in ponds at New River Head, just next to Sadler’s Wells theatre. It was the ideal location, just north of the City, from where water could then be distributed across London.

There were already many natural ponds here because the land is on non-porous London Clay rather than the free-draining gravel found further south in Clerkenwell. It is also a high point, with roughly a 30-metre drop down to the River Thames, thereby allowing gravity to transport water down towards consumers in the City, originally in pipes made from hollowed out elm trees.

The New River now terminates at Stoke Newington where it still supplies water to London’s Ring Main. Originally an open channel, the section of the New River that ran through Islington was covered over following the Metropolitan Water Act 1852.  The Act required all aqueducts within five miles of St Paul’s to be concealed in an attempt to tackle cholera that was then so rife in London.

New River Walk Today you can stroll along an ornamental stretch of the New River starting just across Canonbury Grove from the Myddleton Arms, named after Sir Hugh Myddleton, the man in charge of completing the New River back in the 1600s. You can see a rather charming brick hut by the water. It was built in the late 18th century for one of the New River Company’s ‘walksmen’ to keep the water clear of debris and to stop people fishing, swimming or dumping rubbish.

Colebrooke Row A little further south, in Colebrooke Row, you’ll find the house in which Charles Lamb, the essayist and author of Lamb’s Tales from Shakespeare, once lived right on the New River’s  banks.

Sadler’s Wells Theatre, Rosebery Ave, EC1R 4TN Towards the end of the New River Path is Sadler’s Wells Theatre, the sixth theatre on this site since 1683. The New River ran directly in front of it down what is now Rosebury Avenue and at one point water was diverted from the New River to a tank below the stage to re-enact famous British naval victories. Today the nearest you’ll get to aquatic entertainment here is a production of Swan Lake.  https://www.sadlerswells.com/

New River Head  The termination of the New River Path is at Myddleton Passage where there is a viewing platform over what was once New River Head. From there you get a great view of the coal house, engine and pumphouse that were installed from 1768 as technology gradually took over from gravity to supply the increasing demands of Londoners for water. If you walk round to Amwell Street and go south you can see the base of a windmill installed in 1708 to pump water up to Claremont Reservoir in the middle of what is now Claremont Square.

Coming soon! The Quentin Blake Centre for Illustration In 2024 the Quentin Blake Centre for Illustration will open in the New River Head site, having relocated from King’s Cross in 2020. It will have exhibition galleries, education studios and event spaces as well as a shop, café and landscaped gardens. The centre will also eventually house Sir Quentin’s extraordinary archive of over 40,000  illustrations, the first of which was published in 1948. https://www.qbcentre.org.uk/

The Oak Room at New River Head, 173 Rosebery Ave, EC1R 4TY  It is occasionally possible to visit the Oak Room in the block of flats that used to be the Metropolitan Water Board HQ on the corner of Rosebery Avenue and Arlington Way. The Oak Room comprises a series of beautifully carved wooden panels on a watery theme. It dates from the late 1600s when it was built as a meeting and dining room in the so-called Water House, home to the prestigious ‘Clerk’  of the flourishing New River Company. This historic interior was moved to its current location when the Water House was knocked down to make way for the new Metropolitan Water Board HQ. You can visit during the Open House Festival and on tours from Clerkenwell and Islington guides. Also see https://openhouselondon.open-city.org.uk/ and https://www.thameswater.co.uk/media-library/home/about-us/responsibility/thames-days-out/sites/heritage/oak-room.pdf

A stroll along the Regent’s Canal provides an alternative view of London as well as a break from the city’s queues and crowds. Although quiet now, the canal was crucial in the development of London and many signs of its industrial past remain. This is a wonderful place for walking, places to eat and drink or just a moment of quiet reflection.

The Regent’s Canal is the most recent of Islington’s significant waterways. By the time it enters the borough it has already flowed from its origins in Little Venice through St John’s Wood around Regents Park and past London Zoo.

Begun in 1812, the Regent’s Canal was part of architect and town planner John Nash’s development for this part of North London. He envisioned “barges moving through the urban landscape”. The scheme was named after Nash’s patron, the Prince Regent, George, Prince of Wales (later George IV).

The canal was intended to carry imported goods from East London’s docks to the heart of England via a link with the Grand Union canal and, in reverse, manufactured goods from the industrial Midlands to the rest of the world.

The coming of the railway almost superseded the canal completely and while it did survive commercial traffic diminished.

Following World War II the canal became much less used and some of the basins were filled in with rubble from bomb sites.  By the 1970s this previously busy waterway was all but abandoned until 2004 Islington Council began a regeneration plan opening up the area to provide sailing facilities and open spaces encouraging wildlife and recreational activities such as cycling and running.

London Canal Museum The museum in New Wharf Road is housed in buildings once used for storage by Carlo Gatti, a Swiss importer of ice in the days before refrigeration. As well as displays about life on the canal, the museum also organises boat tours. https://www.canalmuseum.org.uk/

The Islington Tunnel The tunnel is the longest on the Regent’s Canal but there is no path through it so horses that towed the barges had to be unhitched and walk the length of the 878 metre tunnel overground. You can see evidence of this at the Duncan Street exit where there is a ramp up from the canal rather than steps. The London Canal Museum offers boat tours through the tunnel.

City Road Basin A tranquil part of the regenerated canal is a great place for wildlife spotting as well as home to some excellent pubs and cafes. The annual Angel Canal Festival also takes place here.