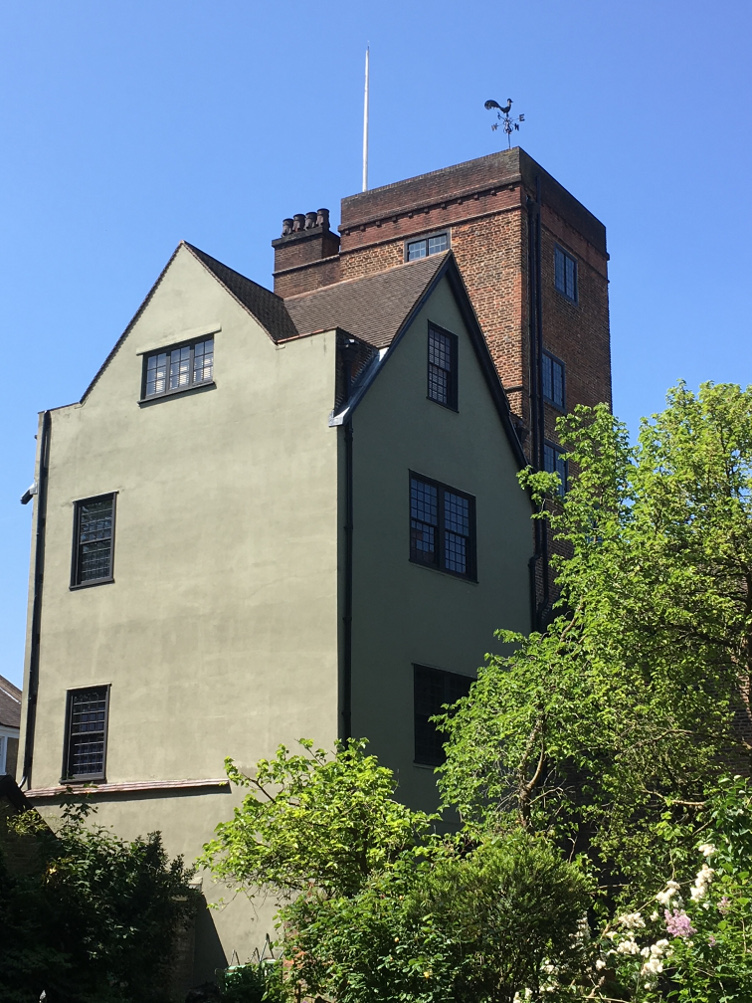 See inside the oldest building in Islington and enjoy a magnificent view for miles over London from the roof of its tower.

Canonbury Tower was built in the late 16th century and is a rare survivor of Tudor domestic architecture in London. The Tower was added onto a manor house built in the early 1500s as the country retreat of the Canons of St Bartholomew’s Priory in Smithfield.

On this 90-minute tour you’ll see the existing Tudor interiors and hear about the many notable characters associated with the building. Over the centuries these have included Thomas Cromwell of Wolf Hall fame, Henry VIII’s fourth wife, Anne of Cleves, Francis Bacon and the writers Washington Irving (Sleepy Hollow) and Oliver Goldsmith (The Vicar of Wakefield). You’ll also have the chance to climb up to the rooftop which affords wonderful views over London in all directions.

Canonbury Tower is owned by the Marquess of Northampton and has been in the same family since the 16th century. All visitors are guests of the seventh Marquess, Spencer Compton.

Our tours of Canonbury Tower take place at 11am on the second Friday of each month and at 2pm on the fourth Wednesday.  Tickets cost £18. Buy tickets and see upcoming tour dates on Eventbrite.

Reviews of this tour

⭐️⭐️⭐️⭐️⭐️ “This is a tower I have walked past many times and the opportunity to take a tour with someone so knowledgable was brilliant. Wonderful to be reminded how much rich history is all around you in London… The views from the top of the tower are great too.”

⭐️⭐️⭐️⭐️⭐️ “I had the fantastic opportunity to take a tour of Canonbury Tower with an excellent guide. She was very welcoming, knowledgeable and smart. I was so impressed by this tour and guide that I look forward to participating in other tours led by Clerkenwell & Islington guides”.